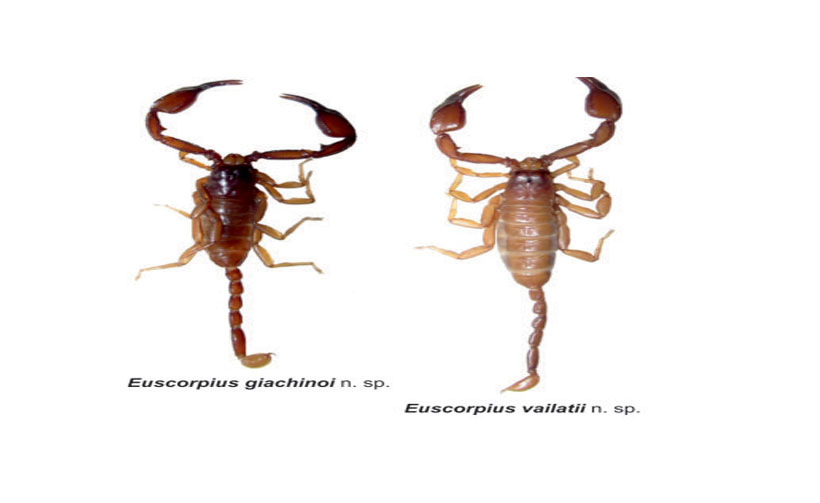 In the last days our members Pier Mauro Giachino and Dante Vailati started to Greece for a new expedition. During the research campaigns started in Greece more than 20 years ago, hundreds of new species to science were collected by Giachino and Vailati, but the trend doesn’t seem to slow down!
Among the material studied in these last months, the description of two new species from Greece stands out. They have been published on the review «Euscorpius» (n. 199-2015) with the title: “Two new Euscorpius species from Central-Western Greece (Scorpiones: Euscorpiidae)”. The publication is the 36th contribution of the Research Project of the WBA “Research Missions in the Mediterranean Basin”, supported by our Association. In the work the zoologists G. Tropea and V. Fet have described Euscorpius giachinoi and Euscorpius vailatii, two new species collected by means of particular thecniques, able to investigate the superficial subterranean environment (MSS). Already in 2014 Giachino and Vailati have seen published in the review “Arthropoda Selecta” two new species of scorpions: Euscorpius mylonasi and Euscorpius birulai, collected by them on the Euboea Island (Greece). With the last work, therefore, the total number of the new species of the genus Euscorpius collected by our members in Greece is four.
The WBA expresses sincere congratulations to the members, authors of the new discoveries; we are also sure that the research campaign 2015, now in place, will lead to new and exciting discoveries!
The persons concerned can ask for a PDF copy of the papers directly to WBA to the following address: