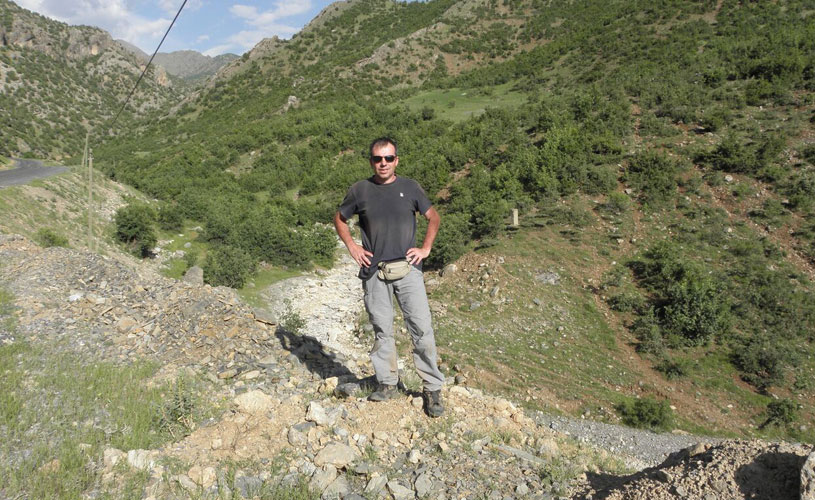 Our members Pierpaolo Rapuzzi (Udine), Daniele Baiocchi (Rome) and Gianluca Magnani (Cesena) restectively specialist in Coleoptera Cerambycidae the first, Anthaxia (Buprestidae) the second and Buprestidae the third, have recently came back from the first expedition in Saudi Arabia organizede in collaboration with the King Saud University of Riyadh. The objective of this expedition was to study the xylophagous Coleoptera of the aforementioned families. The investigations were made in some desert areas to the South and North East of Riyadh and on the Asir Mountains, situated to the West of the Country, near to the Red Sea. The saudi coleopterological fauna is little known because of the scarce researches made until now. In particular the Asir Mountains may reserve important news, given that their relative vegetational wealth. The expedition, based on direct investigations on the field, has been realized using night time bug watching and collecting woody samples containing larvae to breed them. The biological materials collected, after determination and study, will be conserved in the collections of the University of Riyadh.