Home » Ibs-Bf and Qbs-Ar comparison: the results of the WBA study have been published

Ibs-Bf and Qbs-Ar comparison: the results of the WBA study have been published 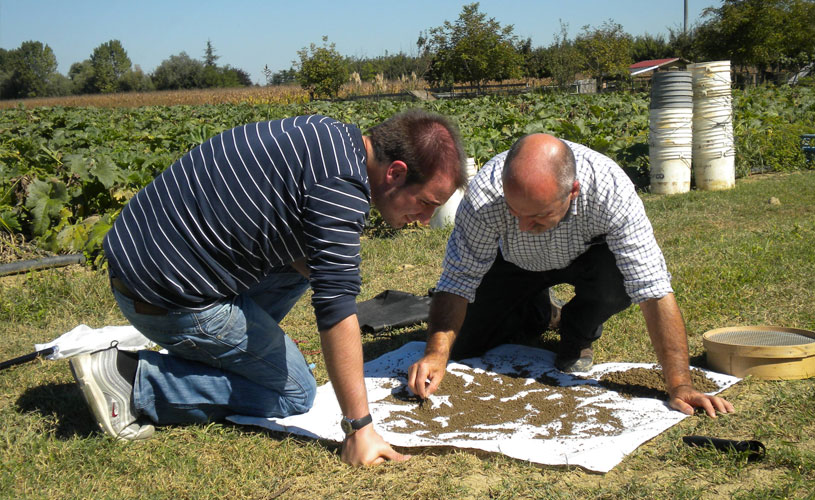 23 Nov Ibs-Bf and Qbs-Ar comparison: the results of the WBA study have been published

Few days ago the scientific work “Ibs-Bf and Qbs-Ar comparison: two quantitative indices based on soil fauna community” has been published on the review ECronicon Agriculture. It is a research project realized last year by WBA naturalists and scientists of the University of Parma on the methods used in evaluating the soil biological quality. The authors of the study (Cristina Menta andStefania Pinto of the University of Parma and Andrea Tagliapietra, Gianfranco Caoduro and Adriano Zanetti of the WBA) made a comparison between the Soil Biodiversity Index of the protocol “Biodiversity Friend” (IBS-bf) and the  index of Soil biological Quality – Arthropoda (QBS-ar) developed in 2001 by prof. Parisi of the University of Parma. In the paper the authors aim to evaluate if the responses of two indices, the most dated QBS-ar and the newest IBS-bf, both based on soil fauna community, are comparable.
For comparing of the two indices, 14 agricultural sites in the Veneto region (Italy) were identified, 6 with organic and 6 conventional managements; two uncultivated areas (grasslands and brushwood) were chosen as control. Three soil cores for QBS-ar application and 1 for IBS-bf application were collected both in spring and autumn 2014. The results showed differences between organic man­agements, conventional managements and control areas for both indices. Both protocols recorded the same trend. The highest value was found in the control, intermediate value in organic and the lowest in the conventional managements. Moreover, QBS-ar index showed significant higher values compared to IBS-bf (in both managements). According to this consideration, the Scientific Commit­tee of the World Biodiversity Association decided to take into account the results of this experimentation and partially modified the IBS-bf index. However, the work underlines that both indices showed a similar trend, confirming that the soil fauna is a good tool to assess soil biological quality.
See the paper