The first three volumes of the WBA new series “Biodiversity Friend” were published! 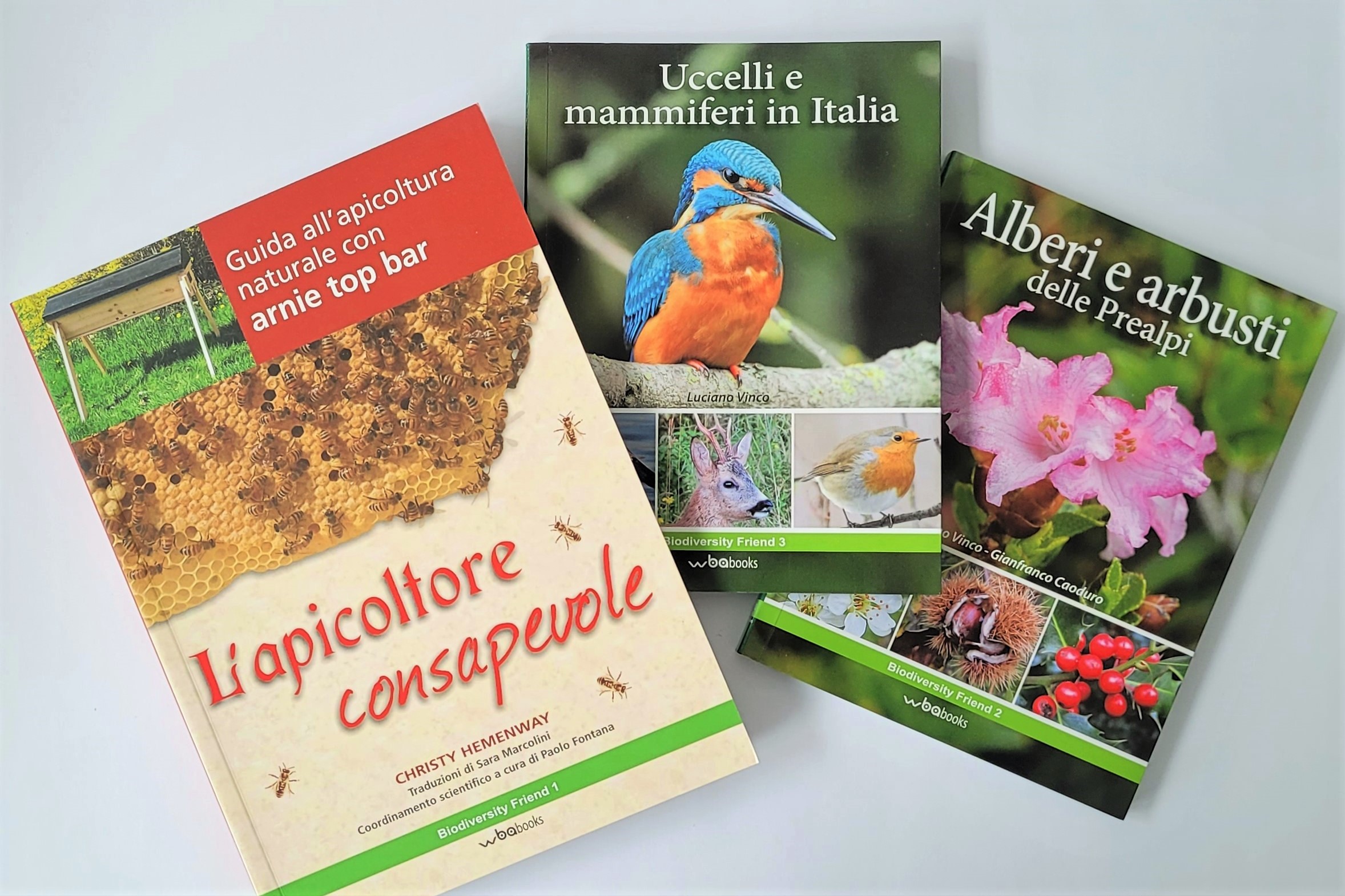 WBA has already published five volumes during 2015; in fact, after the volume of the “Memoirs on Biodiversity” series by Roberto Pace on the Aleocharinae of the South America and the volume of the “WBA Handbooks” series by Massimo Faccoli on the European Bark and Ambrosia Beetles, during last summer were published the first three volumes of the new series “Biodiversity Friend”.
The name of the series is inspired to the certification proposed by WBA in 2010 to assess the biodiversity conservation in agriculture. The farms that follow good agricultural practices and principles of sustainability can join the protocol and become “Friends of the Biodiversity”. With this new series, WBA wants to extend the concept of “Biodiversity Friend” to all the people interested in a new vision of the relation man-nature, to offer them instruments useful for a life inspired to sustainability and biodiversity conservation.
The first volume of the new series is the italian translation of a book written by the US author Christy Hemenway, published in Canada during 2013, The Thinking Beekeeper, that became “L’apicoltore consapevole” in the italian edition. The book gives a valuable contribution in spreading a “natural beekeeping” based on top bar hives.
The second volume, titled “Alberi e arbusti delle Prealpi” is a pocket-book produced by Gianfranco Caoduro and Luciano Vinco to identify on the field 96 species of trees and shrubs, spread from the plan to the Prealpine mountains.
The third volume, “Uccelli e mammiferi in Italia” is a pocket-book realized by Luciano Vinco to recognize quickly 215 species of birds and 20 species of terrestrial mammals, among the most common in Italy.
For more info or purchases see the website: www.wba-project.com