Home » The WBA Expedition to Chile

The WBA Expedition to Chile 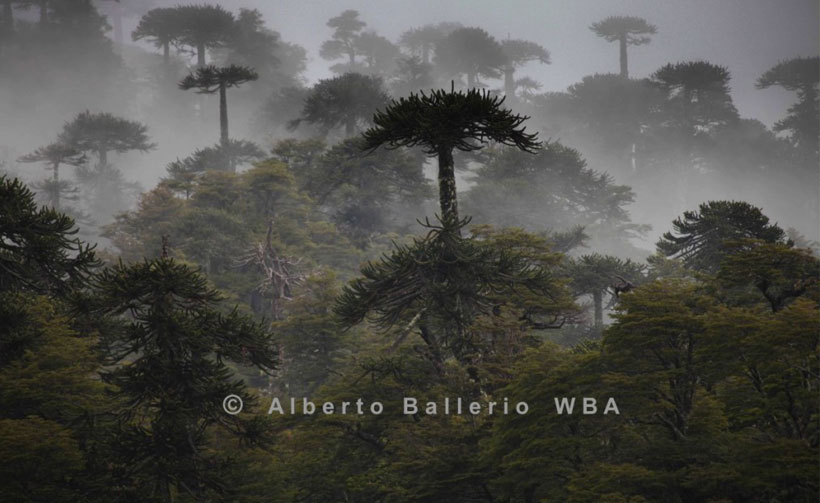 08 Apr The WBA Expedition to Chile

Between the end of December 2013 and the beginning of January 2014, Alberto Ballerio, Luca Toledano and Rebecca Olivieri went to Chile to make an entomological expedition supported by the WBA. After having contacted the Chilean entomologists of the Museo Nacional de Historia Natural de Santiago de Chile, the expedition began with some investigations in the Araucania Region, where the naturalists visited the Conguillio Park with its mixed austral forests of Nothofagus beeches and Araucaria pines, and near Valdivia, where a part of the coastal Valdivian forest (Parque Oncol) was investigated. Later, Alberto Ballerio continued to the North, and visited the National Park of Nahuelbuta (the last Araucaria forest along the coastal chain), the Alto Vilches (majestic forests of Nothofagus) and the “La Campana” Park (famous for the ascension of the Cerro La Campana made by Charles Darwin and characterized by old forests of Nothofagus mixed with arid landscape, with palms, puya and columnar cacti): in the same time Luca Toledano and Rebecca Olivieri went to the South to visit the Puyehue and Vicente Péres Rosales Parks, dominated by impressive volcanoes and characterized by da fitte foreste and very large lakes originated by the perennial glaciers of the top of the same volcanoes.
The investigations allowed the discovering of a new species of Coleoptera Ceratocanthinae by Alberto Ballerio and the collection by Luca Toledano of some specimens belonging to two new species of Bembidion that are to be described by David Maddison (Oregon State University, Corvallis). Now, laboratory investigations are continuing with the examination of the museal material, found thanks to the new Chilean contacts.